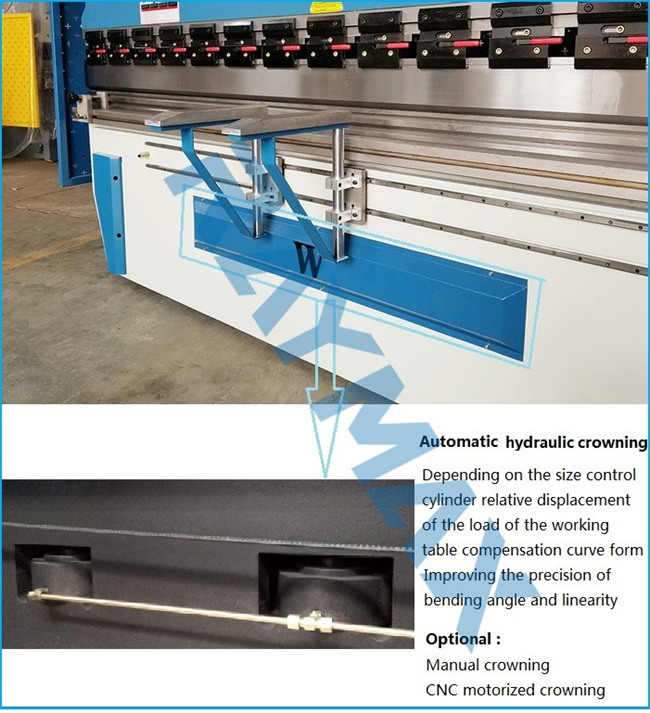 The protruding wedges are composed of a set of protruding oblique wedges with inclined surfaces. Each protruding wedges is designed according to the deflection curve of the sliding block and the working table by the finite element analysis.

The numerical control system calculates the required compensation amount according to the load force when the workpiece is bent (this force will cause the deflection and deformation of the slider and the worktable vertical plate), and automatically controls the relative movement of the convex wedge. Thereby it can effectively compensate the deflection deformation produced by the sliding block and the vertical plate of the worktable, and can obtain the ideal bending workpiece. 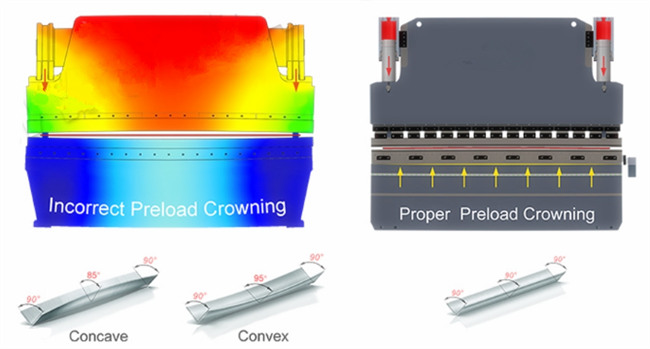 3) Mechanical compensation uses a potentiometer to measure the position of the return signal. As a numerical control axis, it realizes digital control and makes the compensation value more accurate.